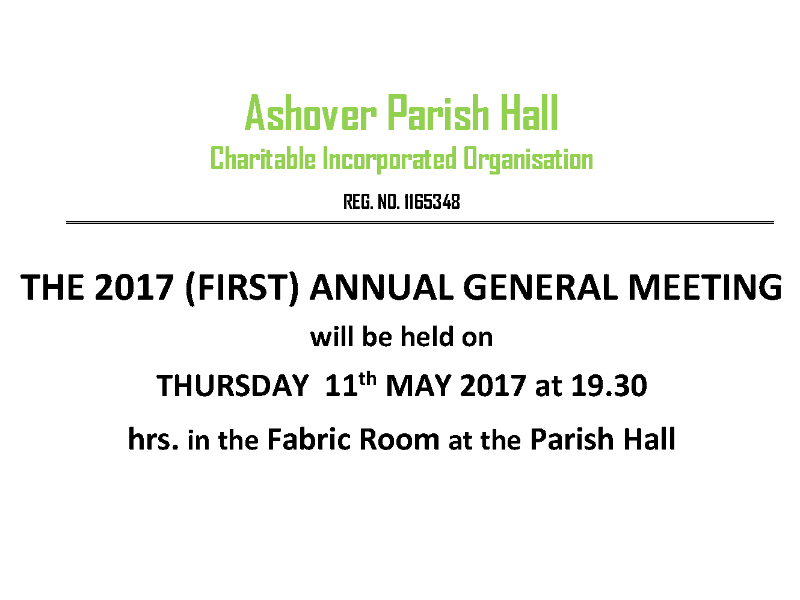 The 2017 (first) Annual General Meeting will be held on

Coopted trustees (if any).

Forms for nomination of new trustees can be obtained from the manager at the Parish Hall.

Correctly completed forms must be received at the Parish Hall not later than Sunday the 23rd April 2017.

Any groups or organisation not currently included in the list of nominating groups who wish to be included can apply in writing to: –